Among Ripples: Shallow Waters is an eco tycoon sim. Work with your team of scientists to build, repair and maintain the delicate ecosystem of your lakes. Experiment with flora and fauna - everything from vicious pikes to peaceful puddle ducks.

Welcome to Among Ripples: Shallow Waters, an eco tycoon sim focused on maintaining balance in lakes and rivers. The water bodies are filled with different creatures that needs your help. In the game you focus on saving nature from different hazards and problems. Our game is inspired by ecology and the people who spend time and effort to solve the problems we face today.

We're currently working together with a publisher to get the game finished, stay tuned for more info!

Sign up to our newsletter and get access to an exclusive part of the demo with new maps and challenges. You can also join our Discord server and talk more about the game.

I just saw this and downloaded it yesterday, and I'm so hype for the full release. I played the initial game roughly a year ago and it's something that I've gone back to pretty frequently, despite how limited it was in terms of features.

I adore games like these, and I'm very excited that this concept is being taken further out. And now we have ducks!! Incredible.

One negative thing to say though, is that the pathfinding for some animals isn't very good. My crawdad frequently died of starvation despite plenty of dead critters hanging out on the floor of the pond. Fish rarely ventured beyond their breeding grounds too, meaning that some parts of the pond got insanely crowded, while others were barren.

But overall, this has left me wanting more! I'm very much looking forward to seeing what sort of things you guys create in the future.

Thanks for the feedback! Yes, the prototype is  lacking in some areas, we're building the game from scratch now, code-wise. Stay tuned for the 18th February when the Kickstarter campaign goes live. :)

Here's another great let's play you can check out!

Seems like a good start, but who on earth thought white text on a mottled light blue background was a good idea? Many of the tooltips are unreadable!

Thanks for the feedback!

A solid prototype, great work so far. Will the player be able to place more breeding grounds in a lake? And, when is the KS coming? :) 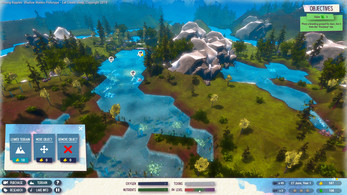 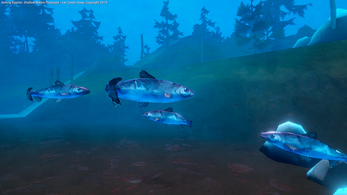 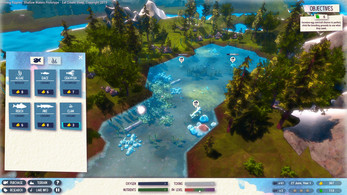 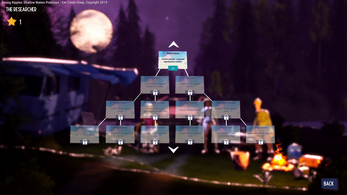 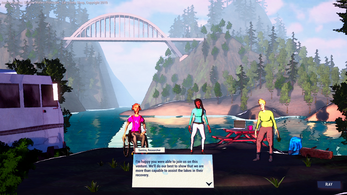